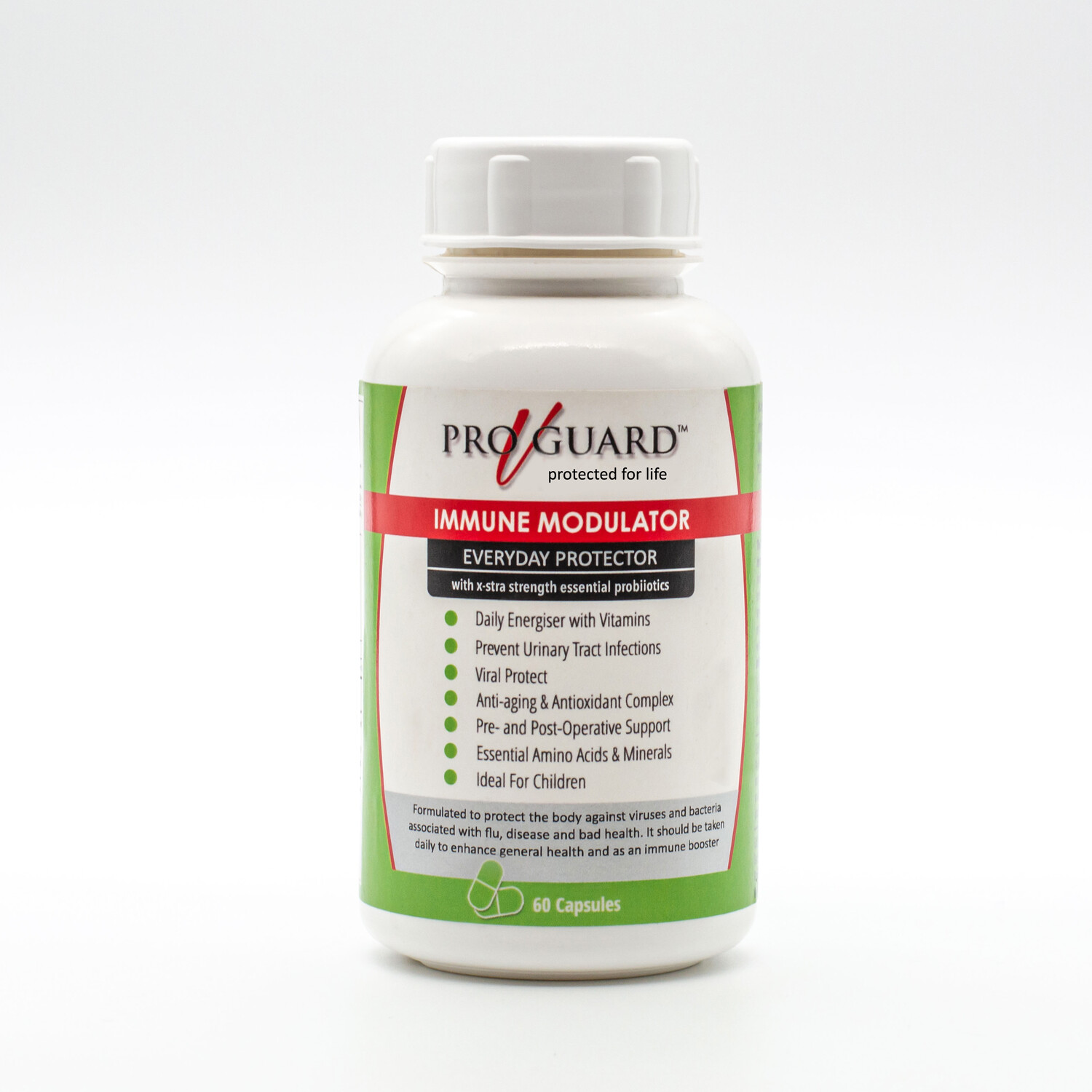 Pro V Guard™ is an effective natural immune modulator and everyday protector. To taken daily like a multi-vitamin

Pro V Guard™ is a powerful Immune Modulator and Everyday Protector against viruses and bacteria associated with flu, disease and bad breath. It should be taken daily to enhance general health and as an immune booster.

Pro V Guard™ has been formulated with diabetes in mind and has been carefully formulated to assist with a better regulation of blood sugar levels. Patients with diabetes mellitus (DM) have infections more often than those without DM. The course of the infections is also more complicated in this patient group. One of the possible causes of this increased prevalence of infections is defects in immunity. Besides some decreased cellular responses in vitro, no disturbances in adaptive immunity in diabetic patients have been described. Different disturbances (low complement factor 4, decreased cytokine response after stimulation) in humoral innate immunity have been described in diabetic patients. However, the clinical relevance of these findings is not clear. Concerning cellular innate immunity most studies show decreased functions (chemotaxis, phagocytosis, killing) of diabetic polymorphonuclear cells and diabetic monocytes/macrophages compared to cells of controls. In general, a better regulation of the DM leads to an improvement of these cellular functions. Furthermore, some microorganisms become more virulent in a high glucose environment. Another mechanism which can lead to the increased prevalence of infections in diabetic patients is an increased adherence of microorganisms to diabetic compared to nondiabetic cells. This has been described for Candida albicans. Possibly the carbohydrate composition of the receptor plays a role in this phenomenon. Ref. Pubmed PMID: 10575137

L-methionine is classified as an essential amino acid, which means that it cannot be manufactured by the body. It must be obtained through the diet or by supplementation. L-methionine supports the production of the cellular antioxidant, glutathione, thereby assists in natural detoxification processes and may contribute to a healthy immune system. In the body, L-methionine can also be converted into SAMe (S-adenosyl methionine), a compound that supports healthy joints. It will help to improve cardiovascular health. It also supports healthy skin that acts as a physical barrier protecting the body against outside pathogens that may cause disease.

During hospitalisation it is required that all medication or supplementation be terminated that has an effect on blood clotting. This is to safeguard the patient against bleeding should they require surgery. Anticoagulants such as heparin or warfarin (also called Coumadin) slow down your body's process of making clots. Antiplatelet drugs, such as aspirin, prevent blood cells called platelets from clumping together to form a clot. Blood thinners may interact with certain foods, medicines, vitamins, and alcohol. Pro V Guard™ is beneficial before and during hospitalisation and will not affect blood clotting.

Preoperative care: Care given before surgery when physical and psychological preparations are made for the operation, according to the individual needs of the patient. The preoperative period runs from the time the patient is admitted to the hospital or surgi-center to the time that the surgery begins.

Save this product for later
Display prices in: ZAR